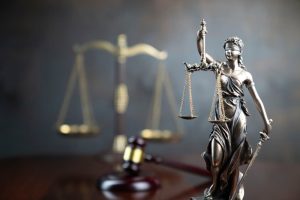 Many people view acts like sexual assault strictly through the lens of a criminal complaint that moves through the criminal justice system. When an individual is found guilty of a crime, they face punishment like fines or jail time. However, sexual assault can potentially be a civil matter and is an example of an intentional tort.

Victims of sexual assault may suffer long-lasting physical and emotional consequences. These consequences can impact a person’s quality of life, degrading their personal and professional relationships and leading to the development of mental health conditions like post-traumatic stress disorder.

At Wallace Miller, we understand the complex emotional and legal challenges you may face following a sexual assault. Our team of Chicago intentional tort attorneys understands how to navigate the civil legal system and will stand by your side to see justice done. We are committed to protecting your rights and holding the liable party responsible.

Interested in learning more about how an intentional tort attorney could help you recover compensation following a traumatic sexual assault? Contact our Chicago office by calling (312) 261-6193 to set up a confidential legal consultation.

What Is an Intentional Tort?

An intentional tort is a purposeful act committed by a wrongdoer that causes harm to another individual. Typically, that harm comes in the form of an injury to the body or damage to personal property. In unintentional tort or “negligence” cases, a victim needs only to prove that another person’s careless actions resulted in an accident and that accident caused injury or financial damage. However, intentional tort cases differ from other forms of civil law in one significant way. A victim must establish that the liable party committed the act purposefully: hence the word “intentional.”

Sexual assault, defined by the Illinois legal code, is an intentional act of sexual penetration that is accompanied by force or the threat of force. Sexual assault can also occur when a victim cannot understand the nature of the act, so they cannot knowingly give consent. Sexual penetration between a family member and a victim under 18, or sexual activity between an authority figure and a victim between the ages of 13 and 17, may also constitute sexual assault.

Sexual assault can be a violent and traumatic event, destroying a person’s sense of trust and triggering feelings of depression and anxiety. Many victims of sexual assault report feeling a sense of loss or hopelessness after an attack. In essence, victims lose a critical sense of peace of mind. As a society, we have enacted laws that prohibit violent sexual encounters because we recognize that the behavior is inherently destructive and damaging to other individuals.

A civil tort claim is a legal avenue that allows a victim of sexual assault to hold the responsible party financially accountable for their actions. A tort action is a means of pursuing compensation for the wrongs that have caused a person physical injury and emotional distress. The National Online Resource Center on Violence Against Women finds that sexual assault victims are filing an increasingly large number of tort claims, using the legal system as a means of finding compensation and justice. According to research, state supreme court decisions have increased exponentially since 1970.

An intentional tort differs from a negligent personal injury claim in one vital aspect: intention. A victim may be able to file an intentional tort case when a perpetrator purposely engages in an act that results in physical or mental injuries. When an individual sexually assaults another person, they are engaging in purposeful unwanted contact. The result of unwanted and sometimes violent contact can include significant physical and mental trauma or injuries.

There is also a significant distinction between intentional tort cases, which are civil actions, and criminal cases. Sexual assault is a criminal act prohibited by Illinois law. If an individual commits sexual assault against another person, they may face criminal charges for their actions. The state government brings a criminal case to court. Its purpose is to determine the accused’s guilt or innocence. If a party is found guilty beyond a reasonable doubt of committing the crime, the criminal justice system can protect the well-being of the public by punishing the wrongdoer.

In Illinois, criminal sexual assault is a Class I felony offense. Those convicted of sexual assault face the possibility of four to 15 years in prison and fines. Repeat offenders can face up to 30 to 60 years behind bars.

Additionally, civil tort cases are not about punishment. A civil case is a legal remedy for obtaining financial compensation for the damage caused by another person’s intentional actions.

Sexual assault can lead to devastating physical and mental consequences. Coping with these repercussions can be challenging and require extensive medical and emotional treatment. Some of the most common harmful effects of sexual assault can include:

Unfortunately, many victims of sexual assault suffer in silence. Feelings of guilt and shame can prevent an individual from seeking legal and medical help following an assault. At Wallace Miller, our legal team is committed to listening to your story without judgment. Our goal is to help you seek the treatment you need and pursue the compensation you deserve.

No magic dollar amount can make up for the pain and suffering you may endure following a sexual assault. Often, the emotional scars of a traumatic encounter run far deeper than the physical ones and can have a long-lasting impact on how you live and manage your day-to-day life. At Wallace Miller, our compassionate legal team understands the complex impact a sexual assault can have on your quality of life and physical and mental health.

Our experienced intentional tort attorney can review the circumstances of your case and calculate the value of your sexual assault tort case. We might also seek compensation that will cover your economic losses, which are your measurable financial losses, plus non-economic losses. Non-economic losses are subjective and include quality-of-life alterations and mental anguish. Overall, we may be able to help you recover money for the following:

At Wallace Miller, we understand you may feel vulnerable and unable to take back control of your life after a sexual assault. Our sensitive legal team wants to help you regain a sense of control while seeking justice for your injuries. You do not have to travel down this road alone. For help holding an individual responsible for their actions and pursuing the compensation you deserve, contact our office at (312) 261-6193 for a free legal consultation.