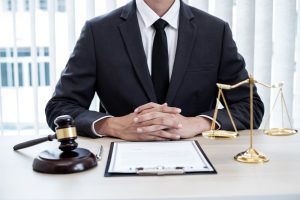 If you were the victim of battery and sustained injuries, contact Wallace Miller immediately. You might be entitled to compensation from the at-fault party for the harm you suffered.

A traumatic incident such as battery can lead to a range of emotions. You face medical treatment to heal your physical wounds but might also require therapy to treat your psychological pain.

A person charged with battery can face severe criminal penalties. However, they can also be held liable for the injuries they cause in civil court. At Wallace Miller, we know how to pursue the compensation owed to our clients. You can count on us to seek the justice you deserve. Call the Chicago intentional tort attorneys of Wallace Miller at (312) 261-6193 for your free consultation today.

Legal Definition of Battery in Illinois

People often use the terms assault and battery interchangeably. However, they are two separate crimes. Assault under 720 ILCS 5/12-1 is an intentional act to physically threaten another person or give them the impression that the assailant has the ability and the desire to harm them.

According to 720 ILCS 5/12-3, someone commits battery if they knowingly and without legal justification:

Battery also involves other actions, such as:

Differences Between Criminal and Civil Cases

A battery case can be a civil and criminal matter. The state can choose to pursue criminal charges against the person who committed some form of battery. A conviction might lead to sentencing, such as imprisonment, fines, community service, and other penalties.

Criminal cases involve criminal punishments. A civil case involves monetary compensation. When you file a civil lawsuit against another person, you attempt to recover a financial award for your injury. The money you receive can compensate you for your medical bills and other expenses.

The primary difference between a civil and criminal case is the at-fault party’s intent. Battery must be an intentional act to proceed with criminal charges. That means the defendant meant to harm someone or make physical contact of an offensive or provocative nature.

However, a civil case doesn’t require proof of motive to establish liability. The most significant issue is whether the plaintiff sustained injuries due to the other person’s intentional conduct. The evidence must show by a preponderance of the evidence that the defendant committed the act, the plaintiff’s injuries resulted from the act, and monetary losses occurred.

The defendant in a civil lawsuit can be liable for the plaintiff’s losses, such as pain and suffering, lost wages, and medical expenses. In a criminal case, the defendant might have to pay the plaintiff restitution and serve a jail sentence.

Proving Liability for Injuries from Battery 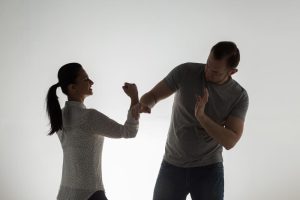 In some situations, pursuing a civil case might be a beneficial option. Although criminal cases punish people for the illegal acts they commit, the penalties might not be enough to satisfy the plaintiff’s suffering.

Filing a civil lawsuit can hold the at-fault party accountable and recover compensation for the victim’s bills and physical or emotional pain.

A crucial part of proving liability in a civil case is showing the defendant harmed the plaintiff. The intentional actions and the victim’s injury must be connected. The plaintiff must also establish that their losses resulted directly from the defendant’s physical contact. That means you must show proof of your hospitalization, time away from work, emotional distress, and other losses because of the injury the other party caused.

The defense attorney might use the consent defense to disprove your battery claims. They can argue that you consented to the physical contact, so their client is not liable for your injury. Proving you didn’t consent to the defendant’s actions is critical to establish liability.

In a case involving a recreational or sports injury, showing the at-fault party should be responsible for your losses can be challenging. Many sports are inherently dangerous or violent.

For example, a reasonable degree of physical force is acceptable in football. That means that, if you were intentionally injured by someone else during a game you must show the defendant used an inappropriate or unreasonable amount of force to justify a verdict in your favor in a civil case.

Using a certain degree of reasonable force is also a common defense in cases against law enforcement. Police officers can physically restrain a person during an arrest or detainment if necessary. However, the officer can be liable for injuries if their physical force is beyond acceptable or reasonable.

Compensation in a Battery Case

The person you pursue compensation from depends on the circumstances of the battery. You can file a lawsuit to recover compensation for your:

You might also be able to pursue punitive damages from the at-fault party. This type of financial award punishes the defendant for their actions and is meant to deter similar misconduct in the future. You must show clear and convincing evidence that the defendant acted with an evil motive or outrageous and reckless indifference to a highly unreasonable risk of harm and a conscious indifference to the safety and rights of others to be awarded these damages.

Statute of Limitations for a Civil Battery Case

If you run out of time, you can lose your right to compensation from the defendant. However, you can toll or pause the statute under specific circumstances.

At Wallace Miller, our team of lawyers provides aggressive and dependable legal representation to injured clients in Illinois. We take pride in our stellar reputation and track record of success. We tirelessly work to hold people and companies accountable for their wrongdoing and seek justice for battery victims.

If you sustained injuries from an incident of battery, call Wallace Miller now for a free consultation at (312) 261-6193 to learn more about what we can do for you. Let us advocate for your rights and fight for the money owed to you.