If you were the victim of an intentional tort, such as assault, battery, or false imprisonment, do not hesitate to contact Wallace Miller for legal assistance. You might be entitled to compensation for physical injuries, emotional distress, and incurred expenses.

An intentional tort is a voluntary action someone commits against another person. It can cause emotional or physical injuries or property damage. Victims often suffer losses, such as pain and suffering, lost wages, and medical bills. The wrongdoing can take a significant toll on a person’s life as they try to recover from the traumatic experience.

At Wallace Miller, we understand the far-reaching effects of an intentional tort. We are ready to help you hold the at-fault party liable in a civil lawsuit. You can count on us to protect your rights and aggressively pursue the money owed to you. Call us at (312) 261-6193 today for your free consultation with an experienced Chicago intentional tort lawyer.

What Is an Intentional Tort? 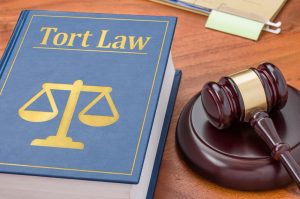 A tort is an act or omission resulting in someone’s injury. An intentional tort is an intentional action harming another. The victim has a right to file a civil lawsuit against the at-fault party. Pressing criminal charges might also be possible.

However, an intentional tort doesn’t require proof of damage or injury. For example, battery is a type of intentional tort. It refers to someone who knowingly and without legal justification makes physical contact with another that is insulting or provocative. That can be something as simple as shoving a person. It doesn’t necessarily lead to physical harm but can justify pursuing an intentional tort case.

What’s the Difference Between an Intentional Tort Case and a Criminal Case?

Assault is an excellent example. Someone might have assaulted someone else, causing the victim to believe the perpetrator was going to harm them physically and that they had the means to do so. The victim suffered emotional distress and PTSD and required counseling to be able to live a normal life after the assault. The victim can file an intentional tort lawsuit in civil court to recover compensation for their medical bills and other expenses.

Simultaneously, the state can bring assault charges against the person. The defendant’s punishment involves criminal sentencing, such as jail time, instead of compensating the victim for their losses.

Defendants in criminal cases must appear before a judge and jury. Each side presents its arguments and enters evidence for the jury to review. The jury’s responsibility is to decide whether the defendant is guilty or not guilty. If a guilty verdict is reached, the defendant must begin their sentence. Sentencing can include:

Criminal cases and civil lawsuits also differ because of the standard of proof required to show what happened and obtain a court’s verdict in favor of the plaintiff. In a criminal case, the prosecutor must prove guilt beyond a reasonable doubt. In a civil lawsuit, the plaintiff must show by a preponderance of the evidence that the defendant’s actions harmed them somehow.

At Wallace Miller, we represent clients in a range of intentional tort cases, such as:

Who You Can Hold Liable for an Intentional Tort

Typically, the person who commits an intentional act and harms someone else should be liable. However, if the at-fault party intentionally harms another person while performing their job duties, their employer might also be liable.

For example, if a nursing home employee physically batters a patient during their shift, they are at fault for the injuries. The facility can also face a lawsuit if they knowingly employed someone with a violent past or history of physically abusing their patients. 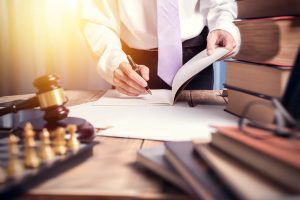 In an intentional tort case, you can’t pursue a settlement from the at-fault party’s insurance carrier. Instead, you must file a civil lawsuit against the person who harmed you.

In a lawsuit, you might receive compensation for your:

You can also recover punitive damages. This financial award punishes the defendant for their misconduct and deters similar actions in the future. To be granted this award, you must show clear and convincing evidence of the at-fault party’s evil motive or conscious indifference to others’ rights or safety and outrageous or reckless indifference to a highly unreasonable risk of harm.

Statute of Limitations for an Intentional Tort

In Illinois, the statute of limitations for intentional torts allows a two-year timeframe to file a lawsuit against another party for compensation. That means you must file suit within two years of the date of your injury. The statutory period for slander and libel is one year.

The statute of limitations for property damage cases allows a five-year timeframe to initiate a lawsuit. That means you have five years from the date of the defendant’s intentional actions causing property damage to file suit.

You might be able to toll the statute of limitations under two circumstances. “Tolling the statute” means delaying the timeframe from running. Two factors that might give you more time to pursue your lawsuit include:

At Wallace Miller, our track record of success shows the hard work we put into every case we take. We are proud of the stellar reputation we’ve earned since opening our firm. We have received recognition from multiple organizations, such as Super Lawyers. We also hold an AV Preeminent rating from Martindale-Hubbell. This is their top rating, which is given to a small percentage of lawyers in the country.

Our Chicago intentional tort lawyers understand the financial strain of physical or emotional harm. You might worry whether you can afford the cost of hiring an attorney while paying for medical treatment and other costs. We take cases on contingency, so you don’t have to pay upfront fees or costs. We won’t collect our legal fees unless we win your case.

Wallace Miller focuses on providing personalized attention and ongoing communication to our clients. You will be our top priority while we’re handling your civil lawsuit.

If someone’s intentional actions harmed you, call Wallace Miller at (312) 261-6193 now for your free consultation with a dedicated Chicago intentional tort lawyer.