If you were the victim of assault, do not hesitate to contact Wallace Miller to learn about your legal rights. You might be entitled to compensation for the suffering you endured.

Assault is the act of threatening to harm another person. It can be a traumatic experience, especially if mental or emotional injuries result from the incident. The at-fault party should be liable for your lost wages, emotional distress, and other incurred costs. You should not be financially responsible for your losses when someone else is at fault for what happened to you.

Wallace Miller understands the trauma of assault. The emotional impact can be severe, even though no physical injuries resulted. You might require therapy to cope and get your life back on track. We can help you pursue the compensation you deserve.

Call Wallace Miller at (312) 261-6193 today for your free consultation with a Chicago intentional tort lawyer. Let us protect your rights and seek justice on your behalf.

Legal Definition of Assault in Illinois 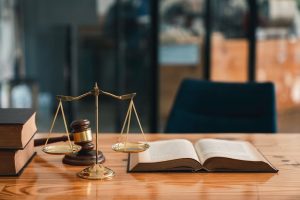 Although people use assault and battery interchangeably, they involve two separate actions. Assault is an intentional act of threatening to physically harm someone. Battery is knowingly making provocative or insulting physical contact or causing bodily harm to another person.

Assault doesn’t involve physical injuries. It involves a reasonable fear of someone inflicting physical injuries on you. Assault comes in varying degrees, depending on the circumstances of the offense.

According to 720 ILCS 5/12-1, assault is knowingly participating in actions placing someone else in reasonable apprehension of receiving battery when the person committing the assault is not authorized to act in that way.

Aggravated assault is a more severe offense. The distinction is based on the type of victim, the location of the assault, and whether the person used a firearm. 720 ILCS 5/12-2 defines aggravated assault as committing assault:

Criminal sexual assault involves the act of sexual penetration and:

What’s the Difference Between an Intentional Tort Case and a Criminal Case? 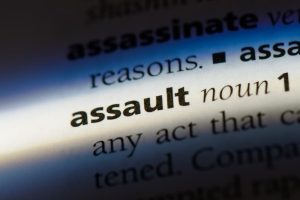 Assault and other misconduct are intentional actions. The at-fault party intends to harm someone even if the victim doesn’t sustain injuries. Assault can lead to criminal charges, civil action, or both.

The state pursues criminal assault charges against the defendant. In an intentional tort, the plaintiff files a lawsuit for compensation from the defendant in civil court.

One of the primary differences between an intentional tort and a criminal case is the penalty. In a civil lawsuit involving an intentional tort, the defendant might be liable for the plaintiff’s injuries. The penalty is paying compensation for the plaintiff’s medical expenses and other costs. A criminal case can lead to penalties, such as a prison sentence, fines, probation, and community service.

Compensation for Injuries from Assault

You might be entitled to compensation in a civil lawsuit against the person who assaulted you. The money you receive can compensate you for your:

Punitive damages are also recoverable in a lawsuit. You must show clear and convincing evidence of the defendant’s evil motive or reckless and outrageous indifference to a highly unreasonable risk of harm and conscious indifference to others’ rights or safety to receive this financial award.

Statute of Limitations for a Civil Assault Lawsuit

In Illinois, the statute of limitations for civil assault cases allows a two-year timeframe to file a lawsuit. That means you must file suit against the person who assaulted you within two years of the incident. Otherwise, you can lose your right to compensation.

If you are under legal disability, tolling the statute of limitations might be possible. However, you must meet one of these conditions:

Wallace Miller believes in fighting for the rights of assault victims. Our firm understands the experience can be scary and disrupt the course of your life. You can count on us to thoroughly investigate the incident and locate any available evidence to prove someone else was responsible for your losses. We will tirelessly work to try to reach a favorable outcome for you.

If you were the victim of assault in Illinois, call Wallace Miller at (312) 261-6193 for your free consultation. We’re ready to represent you and seek the maximum available compensation on your behalf.